What happens in the office when everyone has gone home? Who are we allowed to become when we meet outside the given framework? What needs are we suppressing under our work clothes?

After Hours takes places in an SEB office at Sergels Torg in Stockholm, opposite Kulturhuset, after closing time. From the street one suddenly sees how a light comes on. Some people enter a room and interact in various scenes, in which they meet in a more human, intimate and loving way than is usually the case in an office.

Employing an exact poetic imagery, Mats Hjelm’s video works explore political and social histories. In this new work, the place – the façade – becomes part of the work and a backdrop for the scene which is enacted in front of the eyes of the viewers. In After Hours, Mats Hjelm departs from the existential melancholia of his earlier pieces in order to operate in the interface of dance and public art, resulting in a new work, which features humour but is mainly about human longing.

After Hours was produced by Mobile Art Productions with support from Stockholms läns landsting.

Our sincere thanks to SEB and Kulturhuset.

Watch a clip of the process 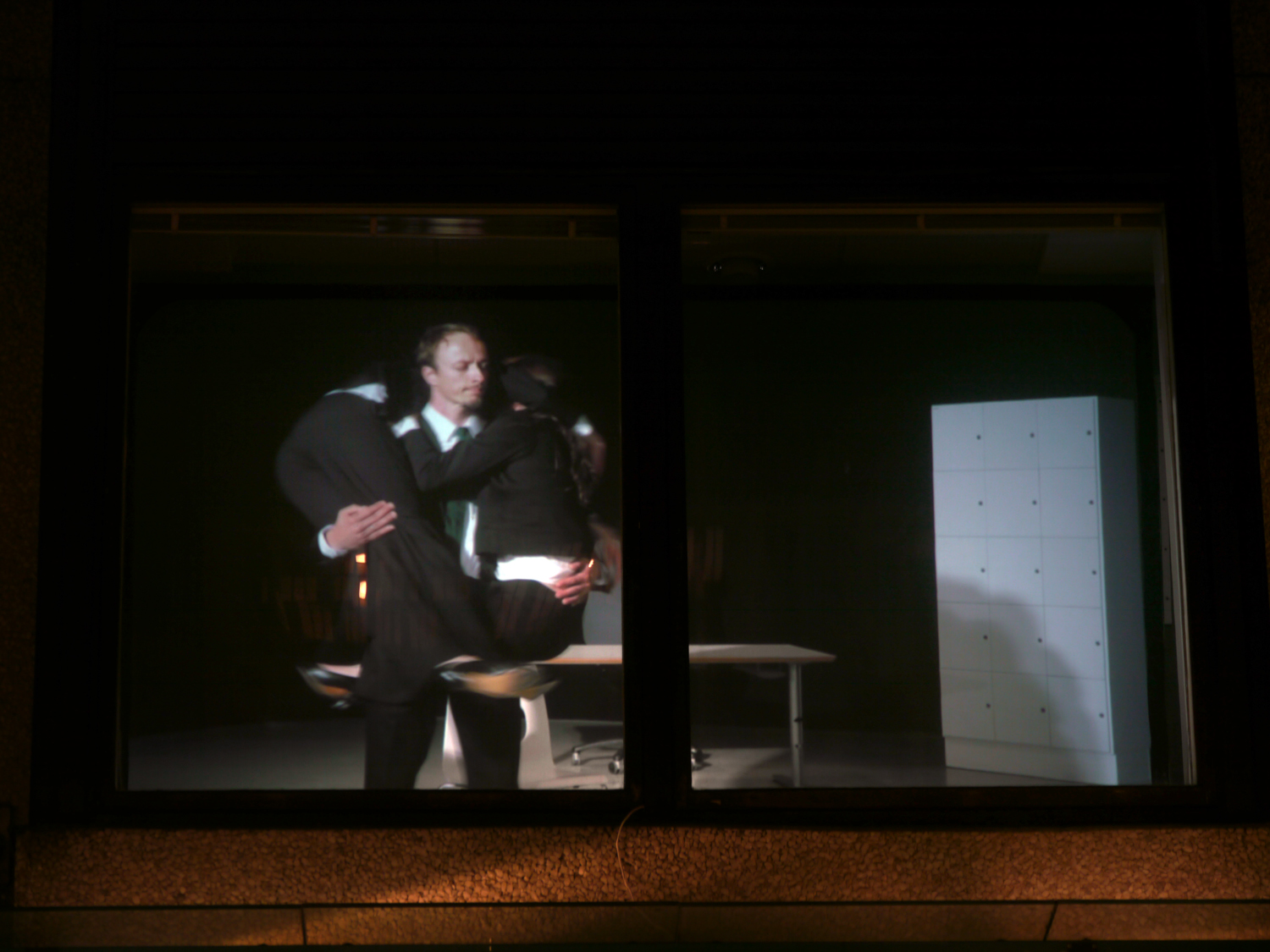 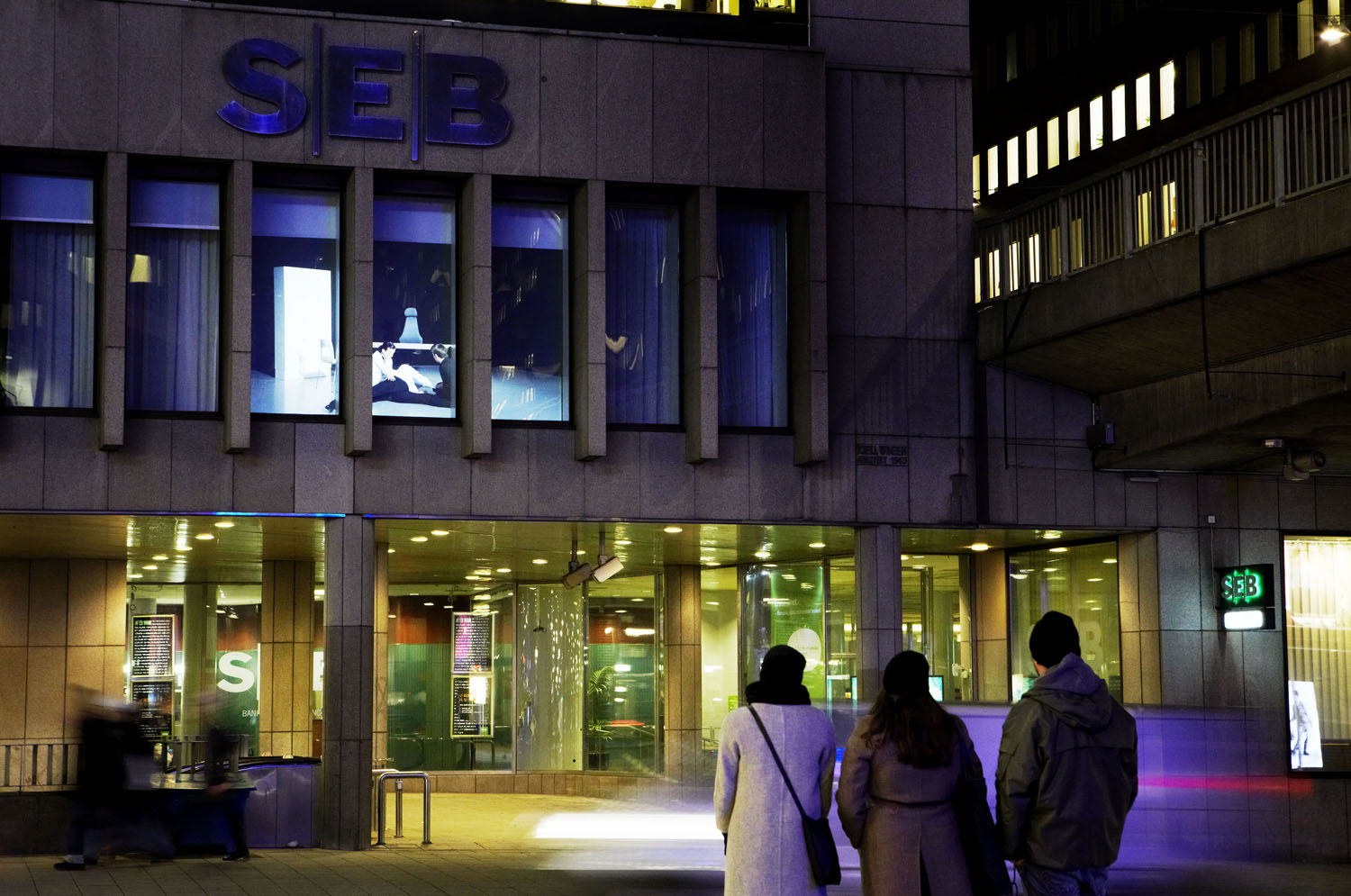 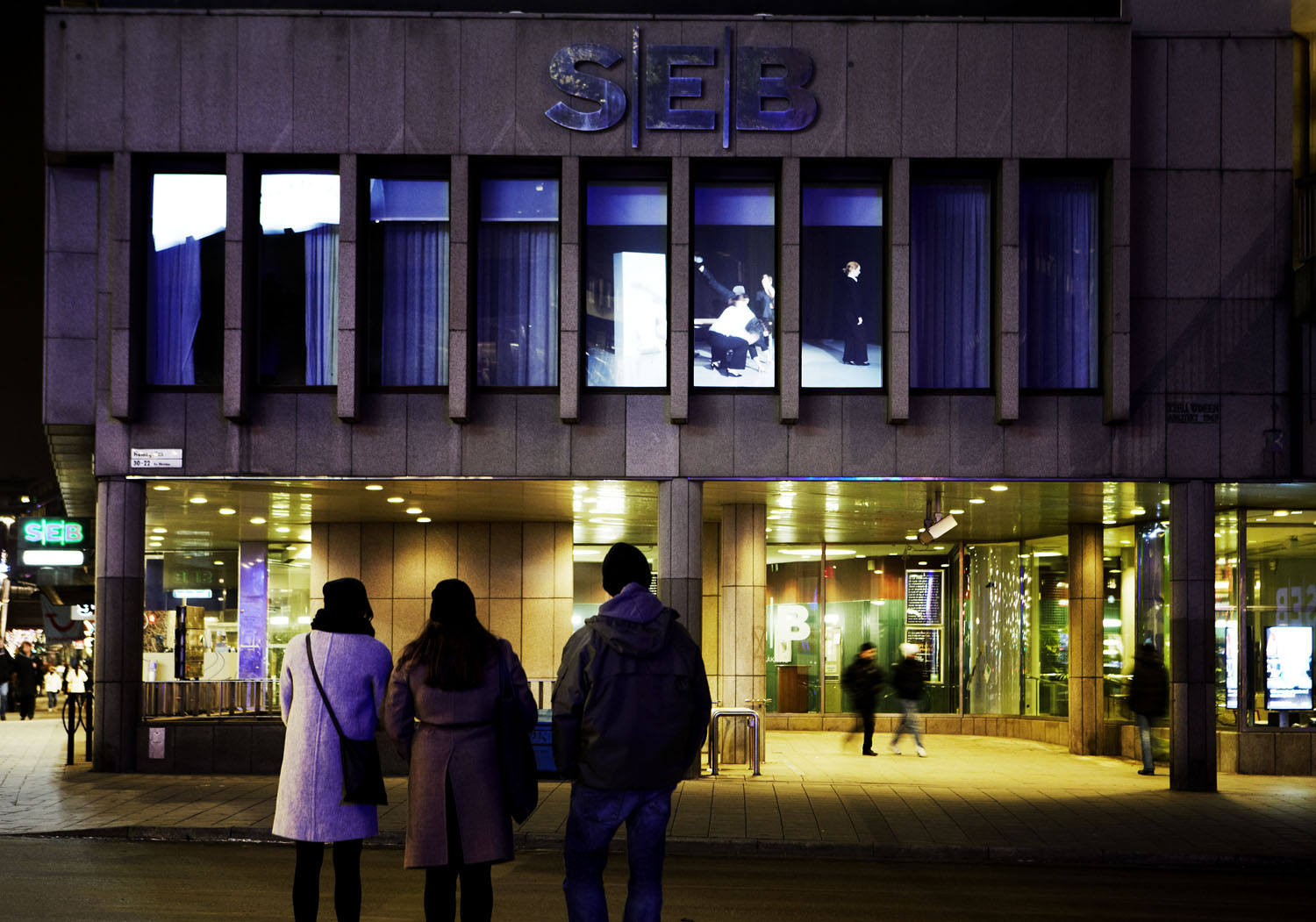 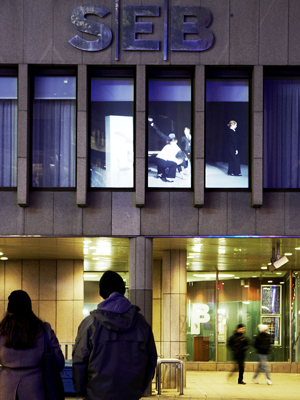 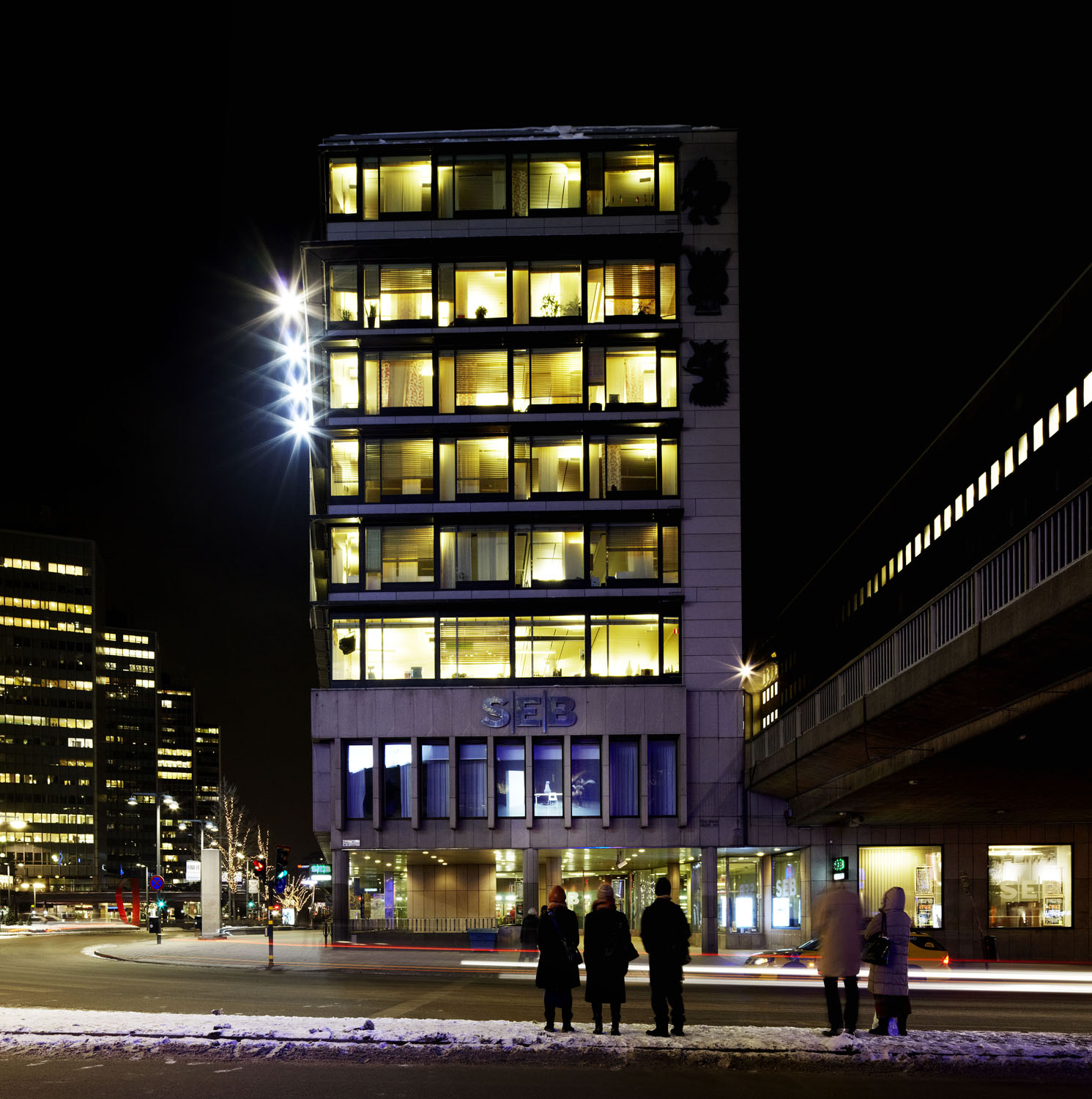 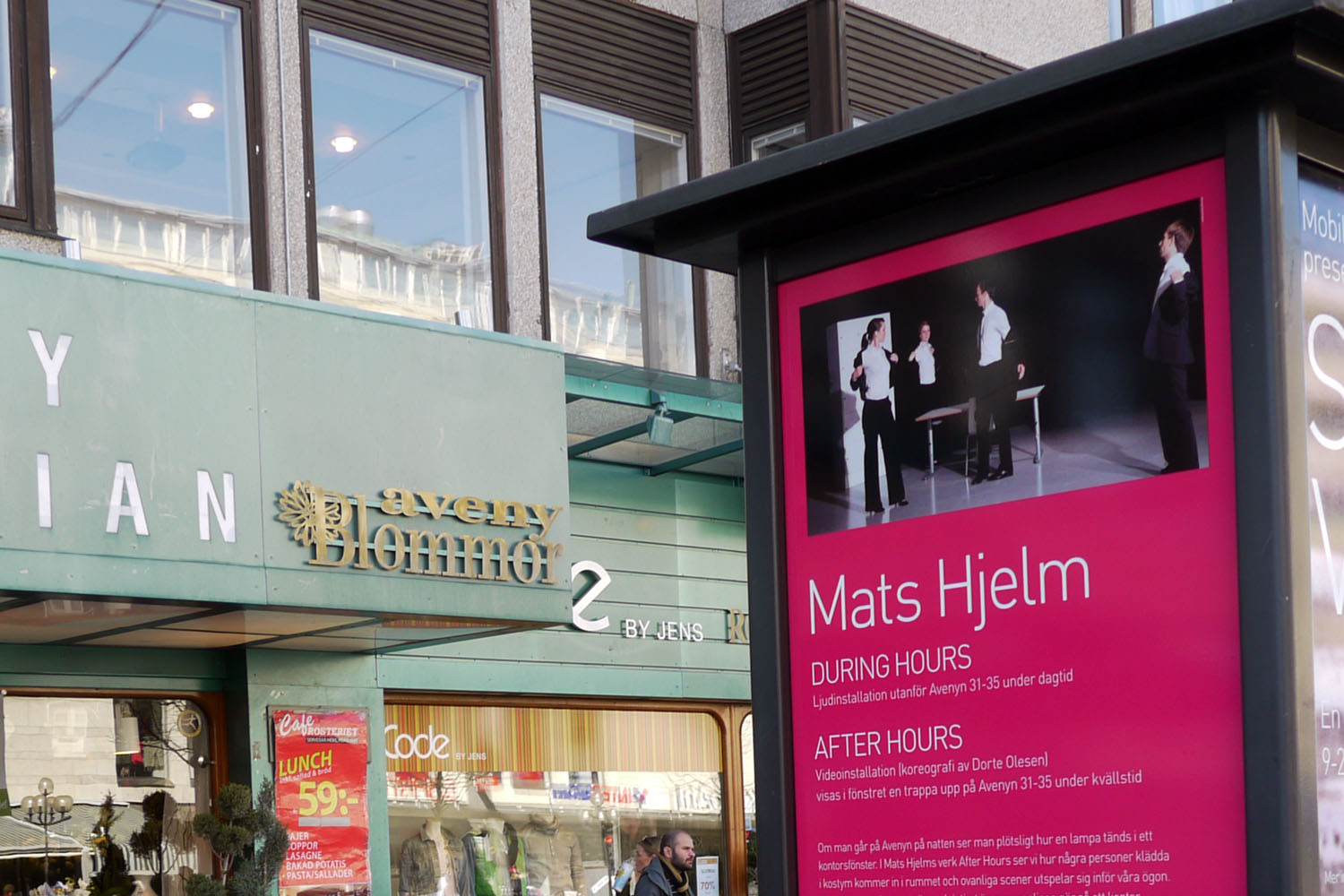 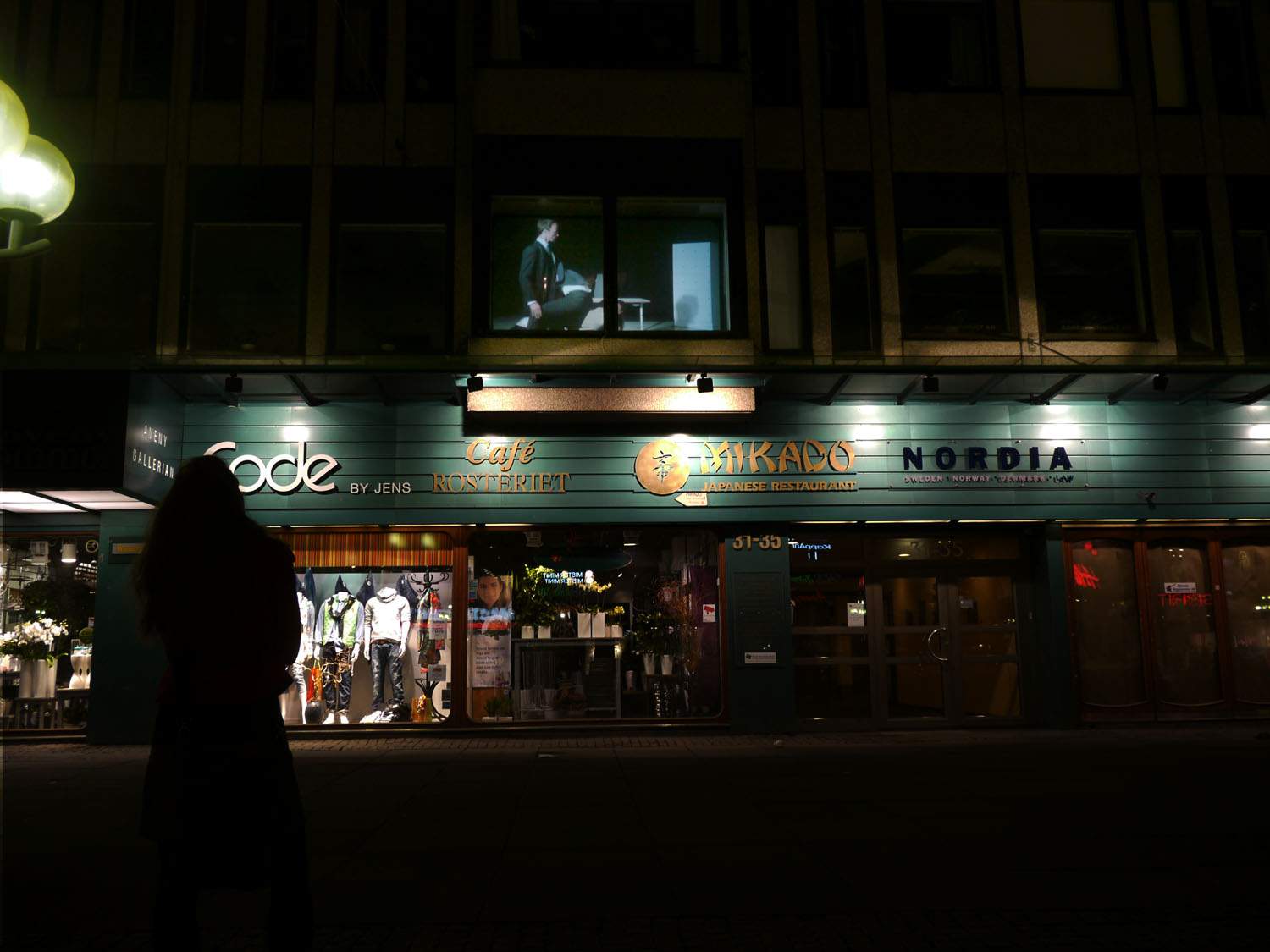 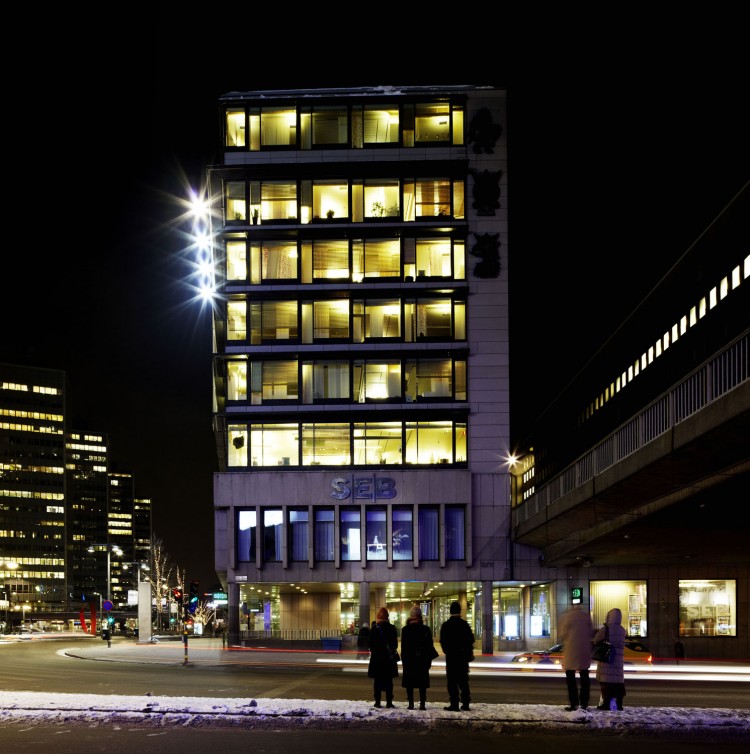 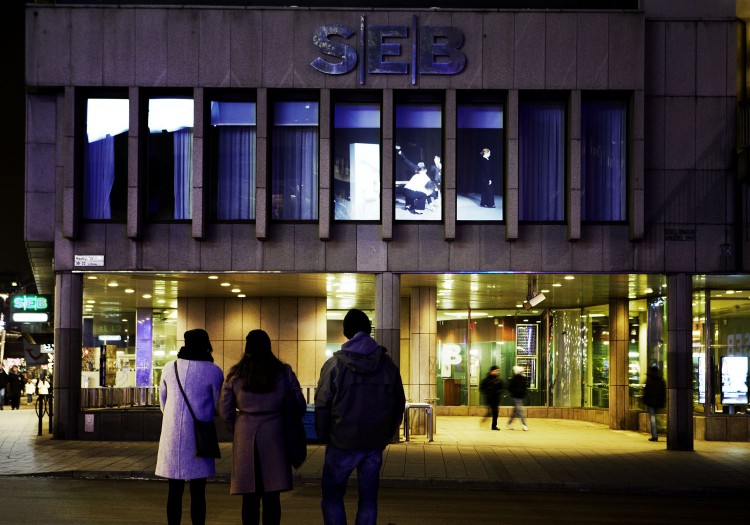 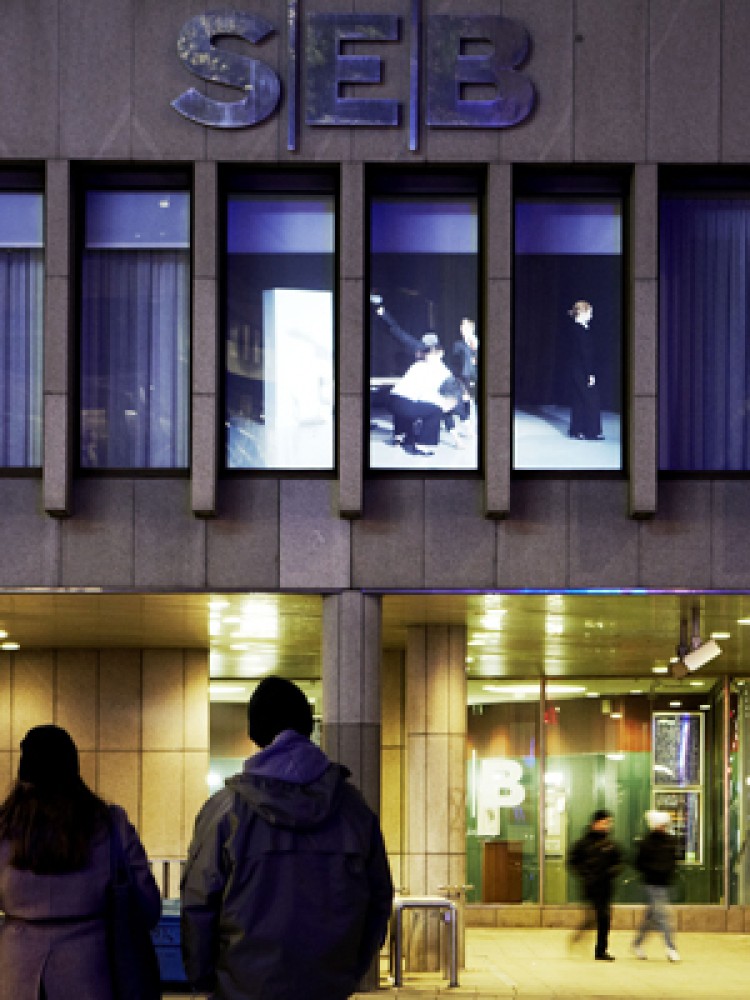 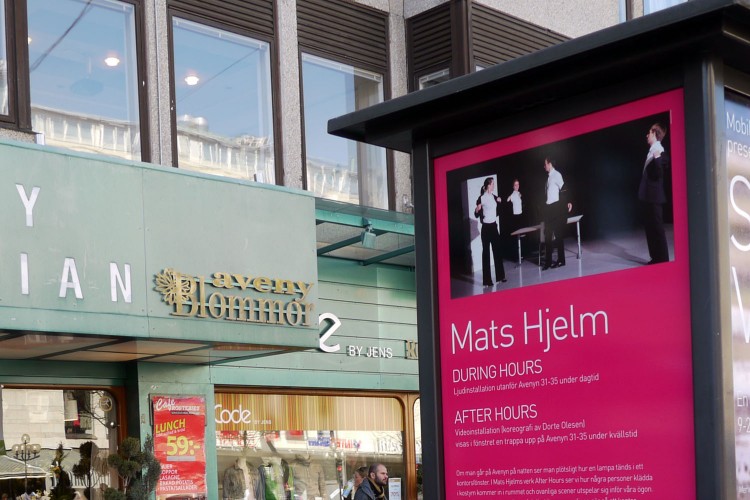 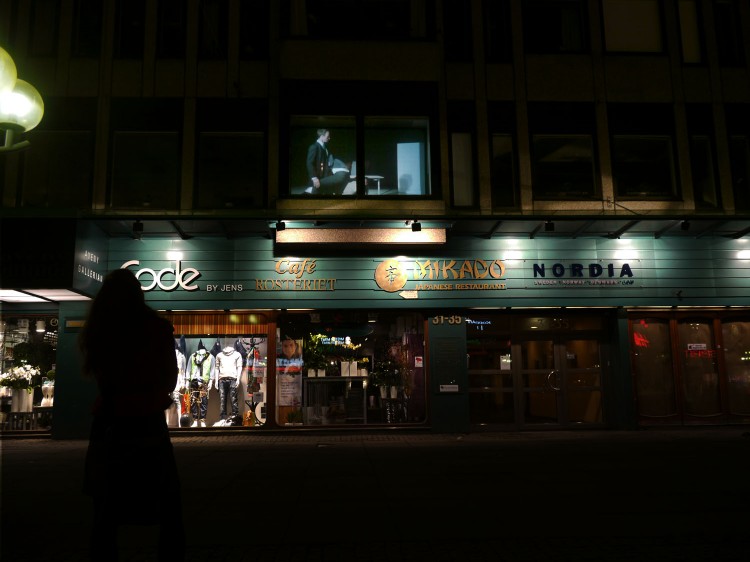 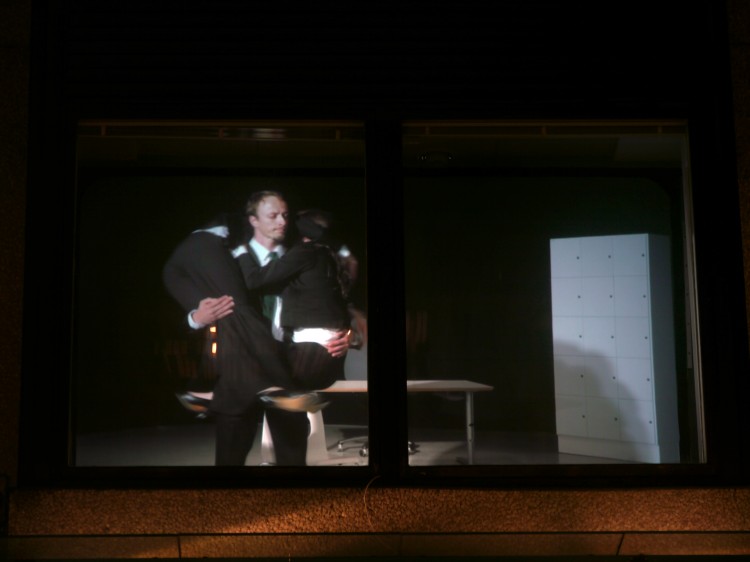 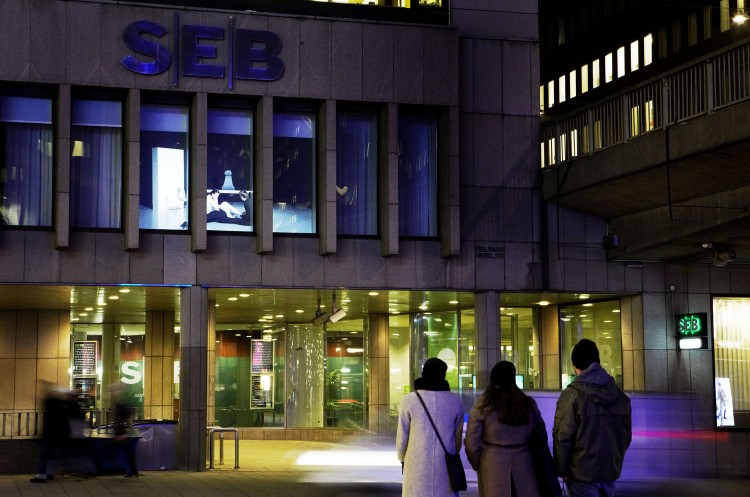